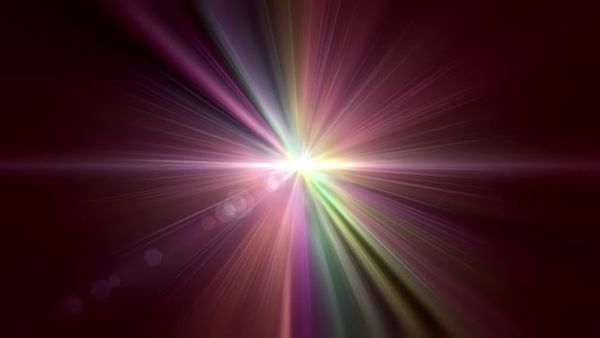 This is my version of Writing Challenge 4. I’ve chosen my favourite childhood song, (well, one of my favourites).


Chapter 1 of A Rainbow Star

When I first heard the whispers, it was so faint, I thought it was a breath of wind sighing as it crept through my window.

I paused, hairbrush in mid stroke, and listened for more.

Squeals and chatter floated up from the girls dorm underneath, but no breathy, mysterious voices. I peered into my mirror to make sure no one else was in the room.

“Hello?” I ventured, just in case.

When no one replied, I shrugged at my reflection, and started brushing again.

“Great! So now that I’m sixteen, I’m going to go mad and start hearing voices. Just flippin’ great!” I tore a knot at the back of my head, causing several frizzy brown hairs to snap.

No one remembered my birthday of course. Miss Paton and Miss Blake were too busy trying to remember the names of the fifty children in their care. As the oldest of these fifty, I was the least of their worries.

I braided my curls and changed into pjs.

At least I get some privileges, like my own room. I’d have died before now if it weren’t for this dusty attic.

The worn floorboards creaked as I walked to the wall and flicked off the light switch. Then I reached over to the tiny window set in the wall, tugging the curtains apart. Then I flipped the latch open and pushed the dirty pane of glass outward.

Light flooded the room, the pure crystal light of stars and a full moon combined. I closed my eyes, and repeated the prayer I said every night.

“Thank you God that I live in the country, free from light pollution. Thank you for the stars.”

“Iris.” The voice was young, yet deep and masculine.

I opened my eyes and gasped, clutching the splintering wood of the window sill.

The stars had exploded. The light had expanded, their faint glimmer expanding into spikes of light that bridged the gaps between stars.

But that wasn’t all. The light that I once had thought was white wasn’t white at all. Out of the silver globes of burning gas, rainbow shards of starlight sparkled. They seemed to shift with my gaze, shimmering into new hues as I looked around.

“Iris.” The voice was stronger, insistent.

Tearing my eyes away from the amazing view, I searched my room again.

“Iris, you need to call the starlight.”

“What?” The intense glare was giving me a headache.

“Pull the light towards you.”

Turning back to the blazing sky, I imagined the spikes of crystal rainbows turning towards me. My vision flared with sharp rainbow colours as the beams connected with my eyes and shot into my brain.

Pain stabbed into my head, then something crashed into me. I flew backward onto my bed.

I blink the last of light out of my eyes and gazed up into the most beautiful eyes I had ever seen. They were shifting, shimmering, rainbow irises...

Rainbow Connection from the Muppets

Why are there so many

And what's on the other side

And rainbows have nothing to hide

So we've been told and some Choose to believe it

But I know they're wrong wait and see

The lovers, the dreamers and me

Who said that every wish

Would be heard and answered

When wished on the morning star

Somebody thought of that

And someone believed it

Look what it's done so far

That keeps us star gazing

The lovers the dreamers and me

All of us under its spell

We know that it's probably magic

Have you been half asleep

And have you heard voices

I've heard them calling my name

Is this the sweet sound that calls the young sailors

I've heard it too many times to ignore it

Its something that I'm supposed to be

The lovers, the dreamers and me.